Ideas For Parents in May: 10 Timely Tips 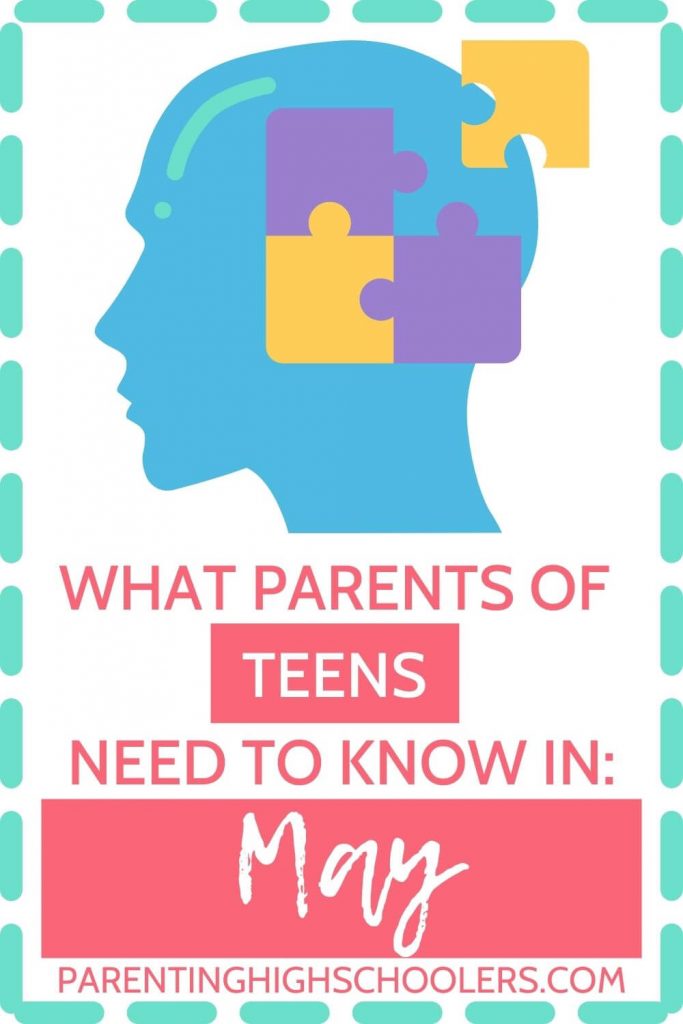 Ideas for parents in May that will be helpful!

(Here are the posts for March and April) Let me know what you are learning and loving so that I can add that to future posts! Without further ado, here are my ideas for parents in May. *This post may contain affiliate links. My full disclosure policy is here.

What is mindfulness? Everyone talks about it…
mind·ful·ness (according to Oxford): /ˈmīn(d)f(ə)lnəs/ noun
1. the quality or state of being conscious or aware of something.
“their mindfulness of the wider cinematic tradition”
2. a mental state achieved by focusing one’s awareness on the present moment, while calmly acknowledging and accepting one’s feelings, thoughts, and bodily sensations, used as a therapeutic technique.
5 Reasons that mindfulness is good for you It is really easy to incorporate into your life, give it a try!
Mindfulness Tools
Accupressure mat with pillow
Himalayan salt lamp
Mindfulness journal

Did you know that Mr. Rogers was often quarantined as a child because of breathing problems? He used his imagination to get himself through these times.

This teen created a flow chart for surgeons after the death of her cousin! Read about it here…

Scholarships to apply for in May:

One of our all time favorites! We just watched it again as a family the other night, Secondhand Lions.  If somehow you have missed this- you must watch!

A great coming of age film about a boy who is basically dumped with 2 great uncles that he doesn’t even know. Great stories come from these two old curmudgeons played by Robert Duvall and Michael Caine. The boy is played by Haley Joel Osment in his younger days.

Have you seen The Tender Bar on Amazon? I remember loving the book. We took time out from packing our house to watch this the other night with our 17 year old. It was wonderful!

A boy growing up on Long Island seeks out father figures among the patrons at his uncle’s bar.

This was written by a 16 year old! Here are some things that he says in the description…

“During these past few years, I’ve learned a lot and executed and implemented like crazy. I’ve also made plenty of mistakes, and figured out workarounds and solutions to them. This book is not just a guide for how you can start making money on the side, but also a blueprint of ideas for you to expand upon.

While I cannot guarantee you any results, these exact methods have worked very well for me, and I am giving you every tip, trick, tool, technique and tactic I’ve learned and used, so that it can help you on your own journey.“

I think that this would be a great book for any teen to read and get ideas.

Other books for considering careers for teens:

What Color is Your Parachute?

Careers: The Graphic Guide to Planning Your Future

Make Your Bed: Little Things That Could Change Your Life… And Maybe The World

Skip College: Launch Your Career Without Debt, Distractions or a Degree

I love this series. Each book stands alone. There are 17, and I have been spacing them out so that I can enjoy other books along the way.

London, 1931. The night before an exhibition of his artwork opens at a famed Mayfair gallery, the controversial artist Nick Bassington-Hope falls to his death. The police rule it an accident, but Nick’s twin sister, Georgina, a wartime journalist and a infamous figure in her own right, isn’t convinced.

When the authorities refuse to consider her theory that Nick was murdered, Georgina seeks out a fellow graduate from Girton College, Maisie Dobbs, psychologist and investigator, for help. Nick was a veteran of World War I, and before long the case leads Maisie to the desolate beaches of Dungeness in Kent, and into the sinister underbelly of the city’s art world.

If you have not met Maisie, here is a link to book #1.

This is a heavy subject. It would be a good one to read with your older teen. The author does a great job of being in the characters’ thoughts. Suicide is not glorified, but treated in a manner that helps the reader to think, along with Simone, “What can be done?” There are so many things in this book that could lead to great conversations!

Gr 10 Up—North Shore is a seemingly perfect Illinois town; its motto is “We breed excellence.” But underneath the porcelain exterior, there are large cracks in the foundation. The suicide rate for teens is one of the highest in the nation, and each kid is under intense pressure to be the absolute best at academics, sports, and extracurricular activities.

To ease the tension, many students turn to partying and opioid abuse, which are all too easy to support using their absent millionaire parents’ bars and medicine cabinets.

New girl Simone is unsettled by the compulsory perfection. She quickly finds solace in new friends. Her rival is Mallory, who is dating the most popular guy in school—until he breaks up with her for Simone. But tragedy rears its ugly head when a beloved student commits suicide, and that event is quickly followed by another.

Simone and Mallory are too shattered to be rivals. They create the Gatekeepers Club with the intent to integrate a viable support system into the school to prevent these suicides. A diverse group of teens come together to try to create a positive future.

The first half of this best-selling author’s YA fiction debut is slow. There is a large cast of characters and alternating perspectives. But as the characters gravitate toward one another, cohesion in the narrative begins to form.

This was a great whodunnit! Just finished it, and I have the second one on reserve at my local library. Here is the link to book 2, The Heron’s Cry.

In North Devon, where two rivers converge and run into the sea, Detective Matthew Venn stands outside the church as his estranged father’s funeral takes place. On the day Matthew left the strict evangelical community he grew up in, he lost his family too.

Now, as he turns and walks away again, he receives a call from one of his team. A body has been found on the beach nearby: a man with a tattoo of an albatross on his neck, stabbed to death.

The case calls Matthew back to the people and places of his past, as deadly secrets hidden at their hearts are revealed, and his new life is forced into a collision course with the world he thought he’d left behind.

H Is For Homicide – Grafton

I have read a couple of these each year for awhile. I enjoy getting to know the main character, Kinsey Millhone. This one is great, and they can each stand alone, although it is fun to read them in order… Here is the link to the first one, if you want to start the series…

To the cops, it looked like a robbery gone sour. To Kinsey Millhone, it looked like the cops were walking away from the case. She didn’t like the idea that a colleague and sometime drinking companion had been murdered. Or the idea that his murderer was loose and on the prowl. It made her feel exposed. Vulnerable.

Thermal laminator machine with clear pouches for laminating. I never in a million years thought that I would use this as much as I have. I got it for my classroom, but I have used it at home for things like laminating our car insurance cards and a couple of pictures for family. It’s small and really easy to use!

Chub Rub is the greatest. You apply to any area that chafes, and you are good to go! I thought I was the only one!

Helpful term to know with teens:

Deferment—Payments on loans paused up to 3 years.   Subsidized interest is paid for by the federal government, and unsubsidized interest will accrue.  Certain qualifications have to be met, and you have to apply for this.

“The world’s favorite season is the spring.  All things seem possible in May.“ –  Edwin Way Teale

Ideas for parents in May

I hope that you like my ideas for parents in May!

Posts that are timely

Father’s Day Gifts That a Teen Can Afford

Take A Mom Time Out

Teens and Summer and You -Save Your Sanity 49 Ideas for Teens at Valentine’s

Ideas for Teens at Valentine's Day Here is the thing about your teens. They might act all cool and aloof. But, here is... Best Valentine’s Gifts to Give and Get For Teens

Valentine Fun! Valentine's Day can be such a fun time for teens. Even for teens that do not have a special "other... 11 Advent Calendars for Valentines Day -Your Teen Will Love These!

Advent calendars for Valentines Day are just fun! They are a hit at Christmas, so why not continue the fun for this...

What Should You Know When Your Teen Turns 18?

Your parental rights change the day your child turns 18. Learn what you need to take to know for HIPAA, FERPA, POAs, and all the other changes that occur when your child becomes an "adult."

Do You Want the Secret to Communicating With Your Teen?

You can find out more about which cookies we are using or switch them off in settings.

This website uses cookies so that we can provide you with the best user experience possible. Cookie information is stored in your browser and performs functions such as recognising you when you return to our website and helping our team to understand which sections of the website you find most interesting and useful.

Strictly Necessary Cookie should be enabled at all times so that we can save your preferences for cookie settings.

If you disable this cookie, we will not be able to save your preferences. This means that every time you visit this website you will need to enable or disable cookies again.