How To Win Scholarships Now: Tips and Tricks 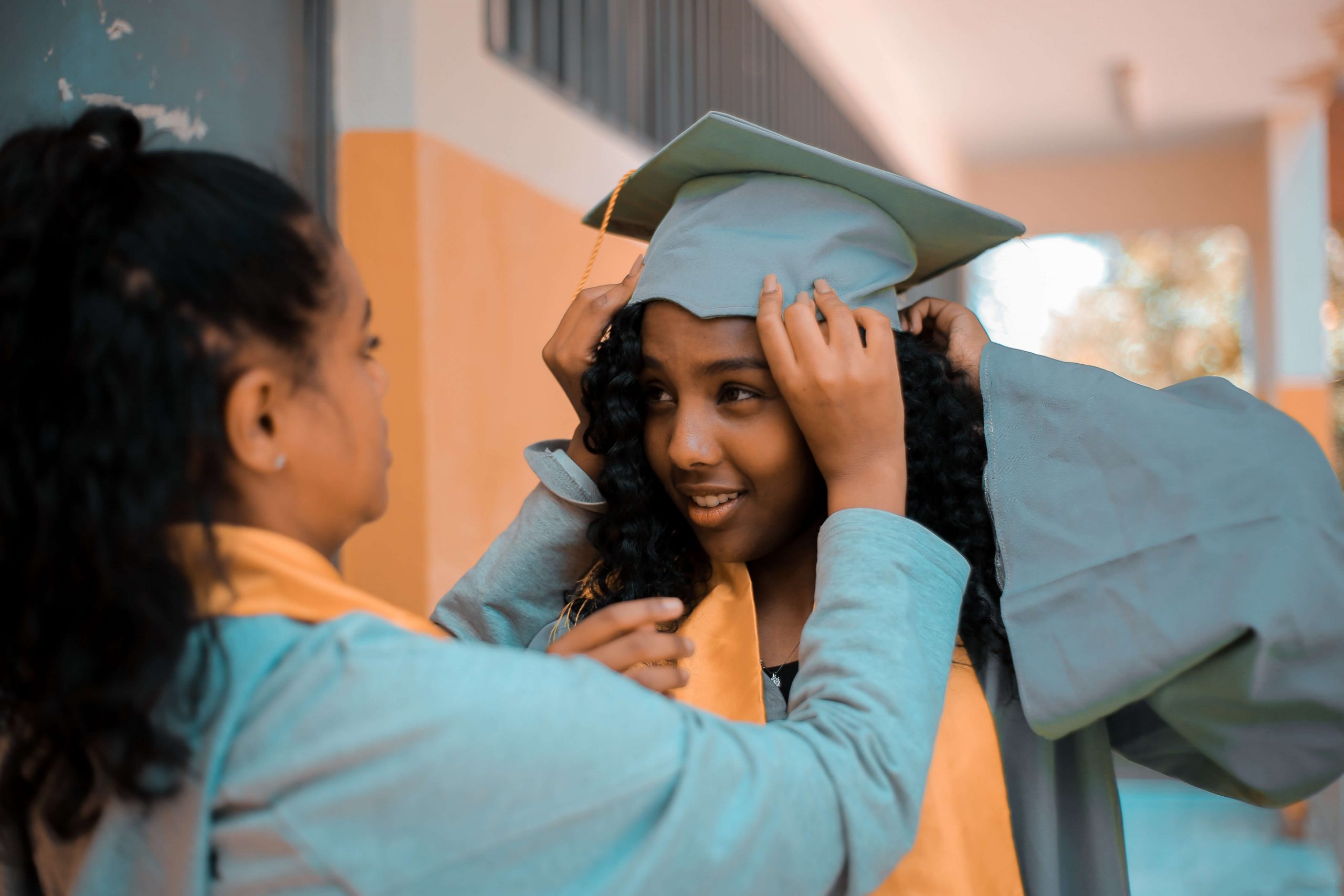 How to Win Scholarships

I am here to tell you, that you can begin the search much earlier than you thought. And, your teen can search all the way through college and even grad school! 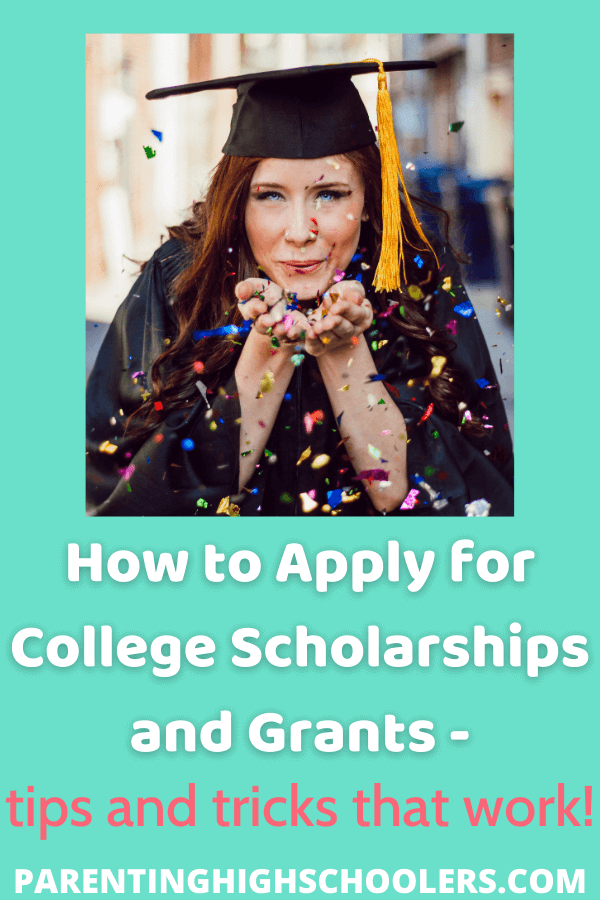 Be sure to watch the video and look at the notes below to find out all the best ways to find scholarship money! Good luck to you and your teen.😀  *This post may contain affiliate links. As an Amazon Associate I earn from qualifying purchases. My full disclosure policy is here.

Recap for 🎓How To Win Scholarships🎓

✅  Developed by Monica Matthews -she helped all 3 of her sons win over $100k in scholarship monies! Her motto is “Learn how to apply smart to WIN MORE.”

✅  Monica’s blog is a great place to start to find really helpful information, and from there you can join her really active Facebook group (I love all of her tips!)

✅  She has developed a parent guide and a student guide so that you can work together as a team. If you order both, you get a really great price break, and the prices are amazing in the first place!

✅  And, now she has developed a scholarship organizer/tracker that is really amazing. It is a spreadsheet where you can keep track of all sorts of information! I was able to easily use this, and I am very non-techie, so I feel sure anyone could easily use it as well! 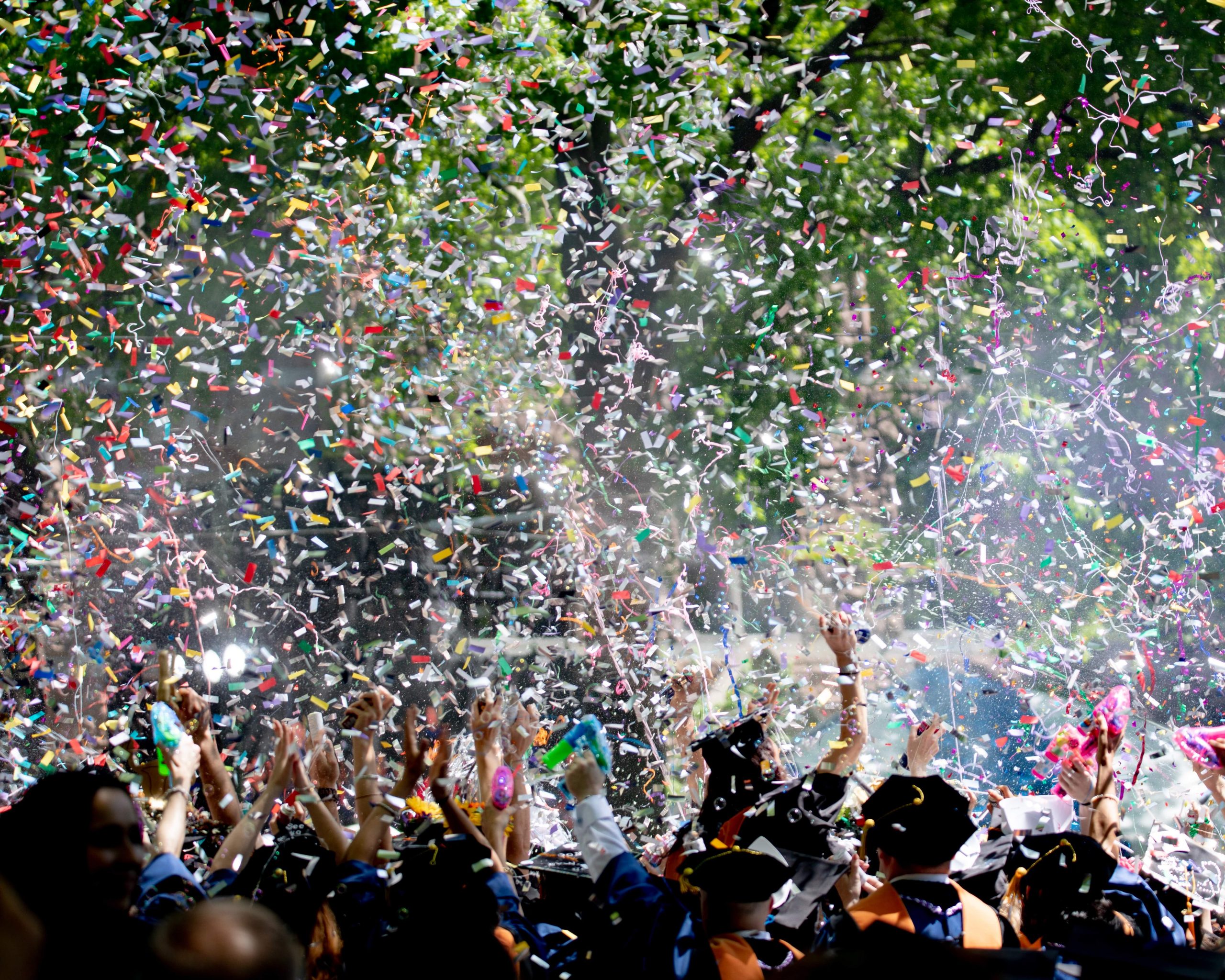 Finding scholarships on your own…

⏱  :33 Finding scholarships on your own -tips for success

⏱  :50 Look on all local high school websites in their guidance/counseling tabs

⏱  1:18 Look on local bank, insurance and other local business websites

⏱  2:41 Look for scholarships to apply for about 3 months ahead

⏱  2:58 Have 3-4 essays already written to tweak for each application

⏱  4:09 How did she get started with and develop this method?

⏱  4:12 She is endorsed by the Smart College Visit and is known as “The Scholarship Mom”

⏱  4:40 Her guides are great for both parents and students!

When is a good time to start looking for scholarships?

How do I start the scholarship process?

Some great tips that Monica suggests, that I agree with is to keep track of due dates. Have your teen write 3-4 essays with topics such as: Don’t Text and Drive, How Can Today’s Youth Save Our Environment, What is Your Dream Job?, etc. Here is a link to this year’s Common App essay list.

You can find scholarships online in many places. Go to Pinterest and do a search for the category you are looking for. You can search by month, essay or no essay, type of scholarship -like engineering or no essay.

The possibilities are endless. You can also Google different businesses, both local and national. Many of them will have a tab for scholarships that your teen can apply for.

How to get college scholarships and grants

The main trick to getting grants and scholarships is to try and try and try. Your teen will not get all that they apply for. But, if they use the tips from Monica, then the possibility increases greatly! For just a couple of hours of work, though, the return is worth it😀

Do college scholarships work in the real world?

My son had worked hard in high school, and graduated with a GPA just shy of a 3.5 and his ACT score was 27. He also earned the BSA Eagle award, and had a well-rounded resume, but as you can see, fairly average compared to a perfect ACT score and 4.0+ grades.

He went to the merit aid scholarship interviews as an incoming freshman. These were set up the spring of his senior year.

This was a much better number to work with. Combined with what we had saved after paying off my husband’s student loans, we could afford about 5 semesters.

Can a student earn scholarship money in college?

Again, the answer is yes! First, our son kept his grades up to keep all of his scholarships. Then, he kept applying to the college for other scholarships, as well as applying to outside scholarships, and also applied to his fraternity after his freshman year. He earned about another $12,000 doing this.

What is the actual cost of college, really?

His freshman year, the total cost was just under $40,000 without scholarship money. He lived in the dorm and had the full meal plan.

His sophomore and junior years, he lived in the fraternity house, and had a partial meal plan both of those years. That cost was about $35,000 without scholarship money.

His senior year, he lived in an apartment building on campus. All housing was owned by the college for all four years. That year he didn’t have any meal plan, so it was more like $32,000.

The total cost (Cost of Attendance) included tuition, housing, board (meals), and fees. We knew upfront the total amount of fees, which was really nice -there were no surprises.

Can someone graduate from college debt free?

Again, yes! We worked together as a team. I learned most of these strategies from Monica’s guides. My son worked part time starting when he was 15 during summer breaks and part-time through a few school years when he had time. He also had a part-time throughout college for more. His goal was to have $3,000 per school year.

He ended up with more than he needed because the college was small, and it was in a small town. There just wasn’t a lot to do around there to spend money on. This ended up helping to pay for college as well.

Four years later, he graduated with a double major -international business and Spanish translation and NO DEBT. (He was even able to to a short summer class abroad with a combination of both of our savings -without borrowing anything extra.)

My Senior Is Pulling Away, Middle School Success, Applying to College, FAFSA: What You Need To Know

I would love to stay in touch! Make sure you subscribe to my Parenting High Schoolers newsletter below for more articles about surviving and thriving with teenagers. Simply enter your information below and you will be all set! You can also like my Facebook page, and follow me on Pinterest and YouTube! I look forward to seeing you again!❤️ 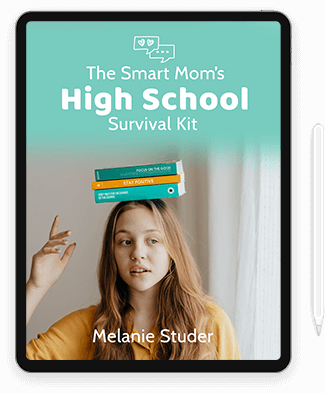 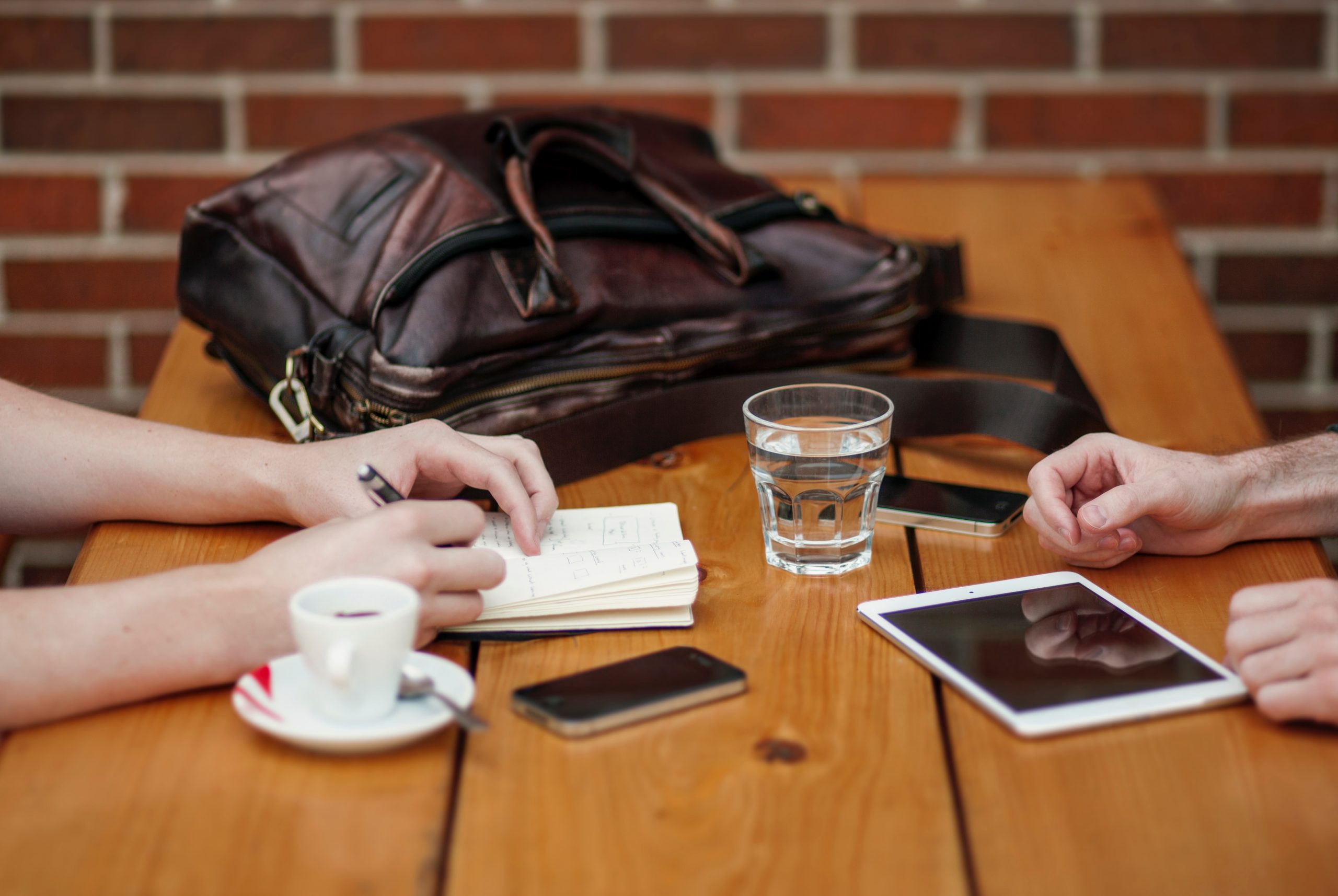 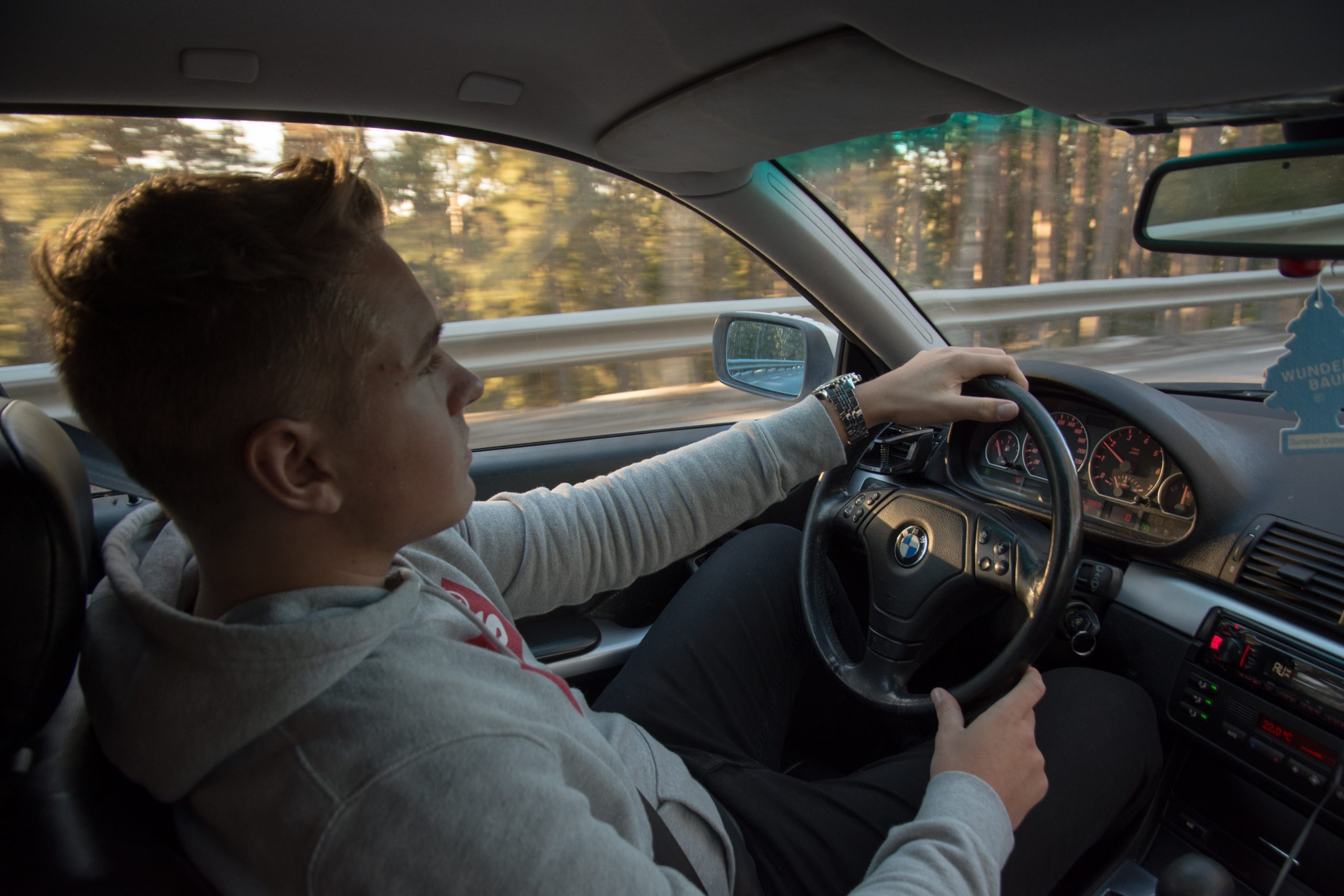 How To Pack An Emergency Road Trip Kit

Is your teen ready to come home at a minute's notice? Guess what? We are living in the day of weird circumstances, and... 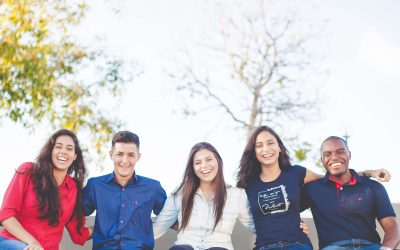 What Will My Freshman Need In The Dorm: The 4-1-1 for Success!

What Will My Freshman Need In The Dorm? Hey, it's approaching soon--moving your kiddo into their freshman dorm... ...

We use cookies to ensure that we give you the best experience on our website. If you continue to use this site we will assume that you are happy with it.CoolDisclosure