Cinco de Mayo With Teens Can Be So Fun! 31 Ways to Celebrate! 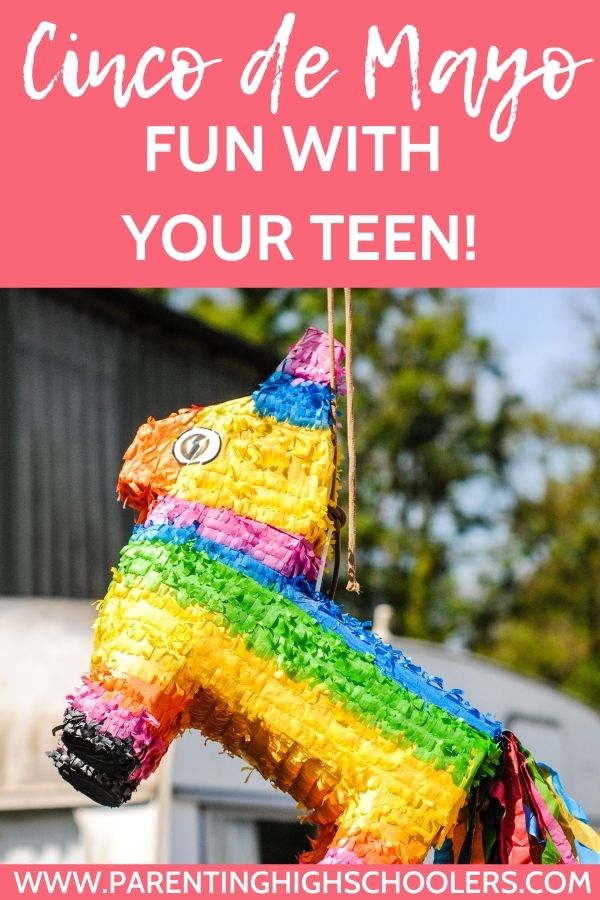 Read on for fun ideas around this holiday!

This holiday actually has been celebrated in the US since the 1860s. It started in southern California when Mexican immigrant citizens used the holiday as a way to celebrate their heritage. *This post may contain affiliate links. My full disclosure policy is here.

This is a fun holiday to celebrate with teens because who doesn’t love Mexican food and drinks? And, what better way to get your teen into the kitchen than food and drink for a party! So, plan a fun party for Cinco de Mayo with teens now! 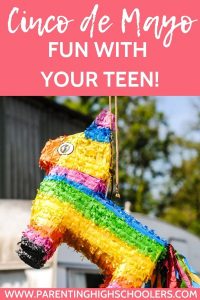 Here are some fun taco shirts….

And, if you can’t be with your teen for Cinco de Mayo, here are some great ideas for a Taco care package!

Help Your Teen During Finals

What are the best gifts for Mother’s Day? These are great because they are so unique!

Gift for Dad That Teens Can Afford

Teens and Summer and You -Save Your Sanity!

29 Great Books To Give At Graduation

Best Year Round Posts for Parenting Teens and Tweens: 50+ Topics 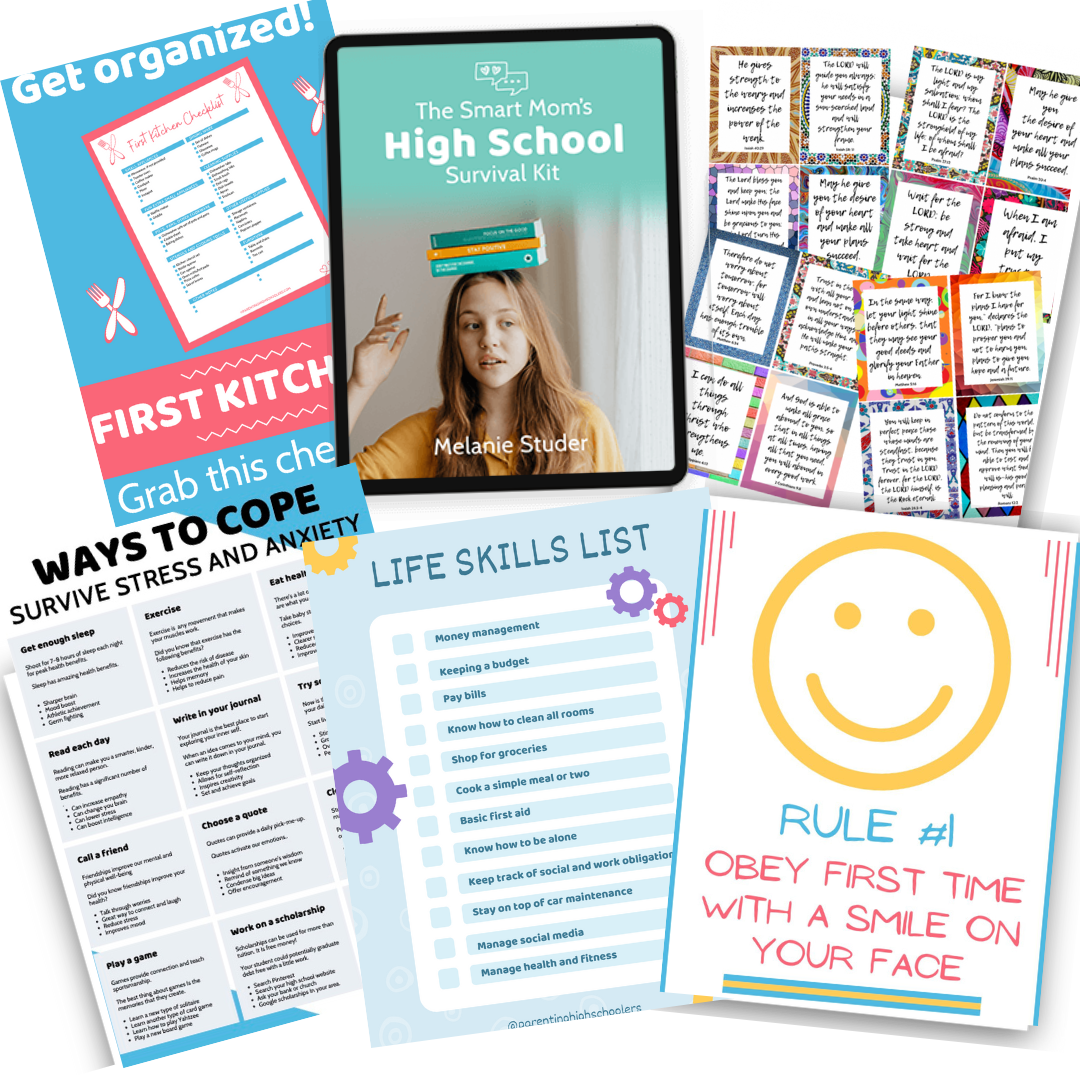 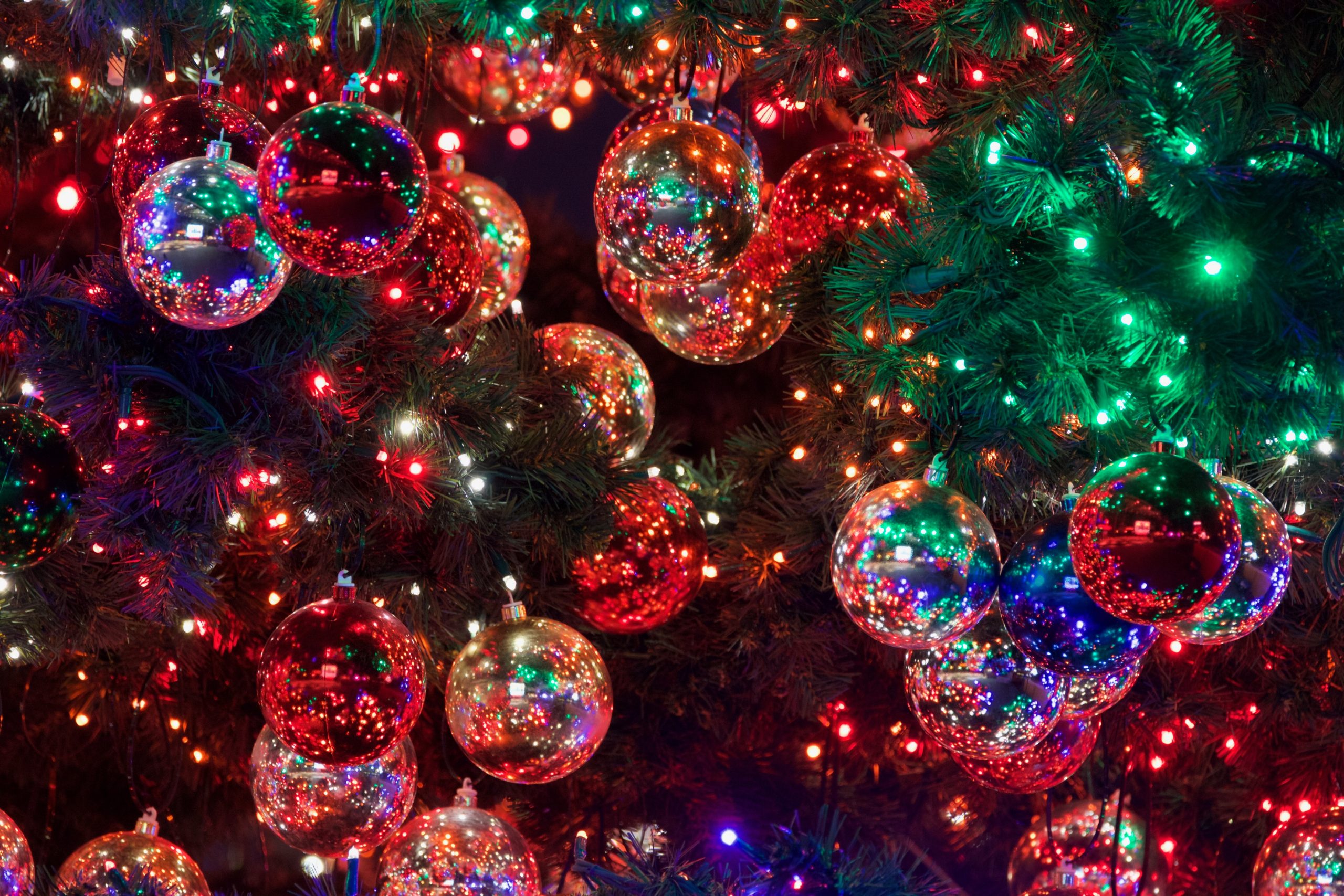 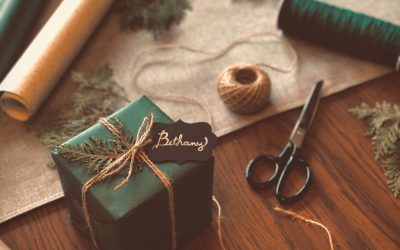 Best Tools for Wrapping Gifts All year round, we have reasons to wrap gifts. Birthdays, holidays, babies are born,... 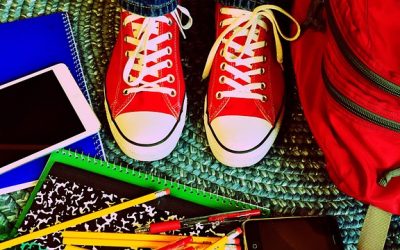 7 Helpful Ways to Help Your Student Prepare for Finals

Right now our students are super stressed with finals. Whether they have high school finals or college finals, doesn't... What Should You Know When Your Teen Turns 18?

Your parental rights change the day your child turns 18. Learn what you need to take to know for HIPAA, FERPA, POAs, and all the other changes that occur when your child becomes an "adult."

Do You Want the Secret to Communicating With Your Teen?

You can find out more about which cookies we are using or switch them off in settings.

This website uses cookies so that we can provide you with the best user experience possible. Cookie information is stored in your browser and performs functions such as recognising you when you return to our website and helping our team to understand which sections of the website you find most interesting and useful.

Strictly Necessary Cookie should be enabled at all times so that we can save your preferences for cookie settings.

If you disable this cookie, we will not be able to save your preferences. This means that every time you visit this website you will need to enable or disable cookies again.